As Maple from Canada continue to make strides in the women’s game, we offered one competition winner the chance to lead out the squad – and lucky Ellie Jones also got to meet one of her idols, Manchester City Women and England Lionesses captain Steph Houghton.

Our partnership centres on promoting the health benefits of pure Canadian maple as a natural source of energy, and inspiring young women and girls to take part in sport. Maple from Canada has now offered three youngsters the chance to meet their football heroes and our latest winner received a maple-branded Birmingham City Ladies home strip, a box of maple products and a Pure Maple Magic cookbook.

Ellie, from Atherstone, was overwhelmed: “Being mascot at the game on Sunday and feeling the atmosphere on the pitch has really inspired me to work harder to become a professional women’s footballer” she said. “I really enjoyed speaking to Blues players Ellen White, Kerys Harrop and Jess Carter.”

Ellie’s parents, Sarah and Tom Jones, said: “Our thanks go to Maple from Canada for giving our daughter the opportunity to be mascot and allowing us to watch what was a fantastic example of women’s football at the top level.”

It was Manchester City Women who proved victorious in the end, after a breakaway goal from Claire Emslie sealed a place in the next round.

Birmingham’s Ellen White had scored a fine individual goal to cancel out Nadia Nadim’s opener, but a jinking run and fine finish in the first-half of extra time from Georgia Stanway had put the away side in front. Nonetheless, Birmingham City Ladies could be proud – despite the 1-3 scoreline.

Following the final whistle, Maple from Canada was invited to name the Player of the Match, which was awarded to five-star forward Charlie Wellings for a terrific shift against a tricky Manchester City defence.

After arguably their finest performance of the season so far, the Birmingham side still found time to engage with their young fans after the final whistle, taking selfies and signing maple recipe cards.

Next up, Blues Ladies host Liverpool Ladies FC at the Automated Technology Group Stadium on March 25. 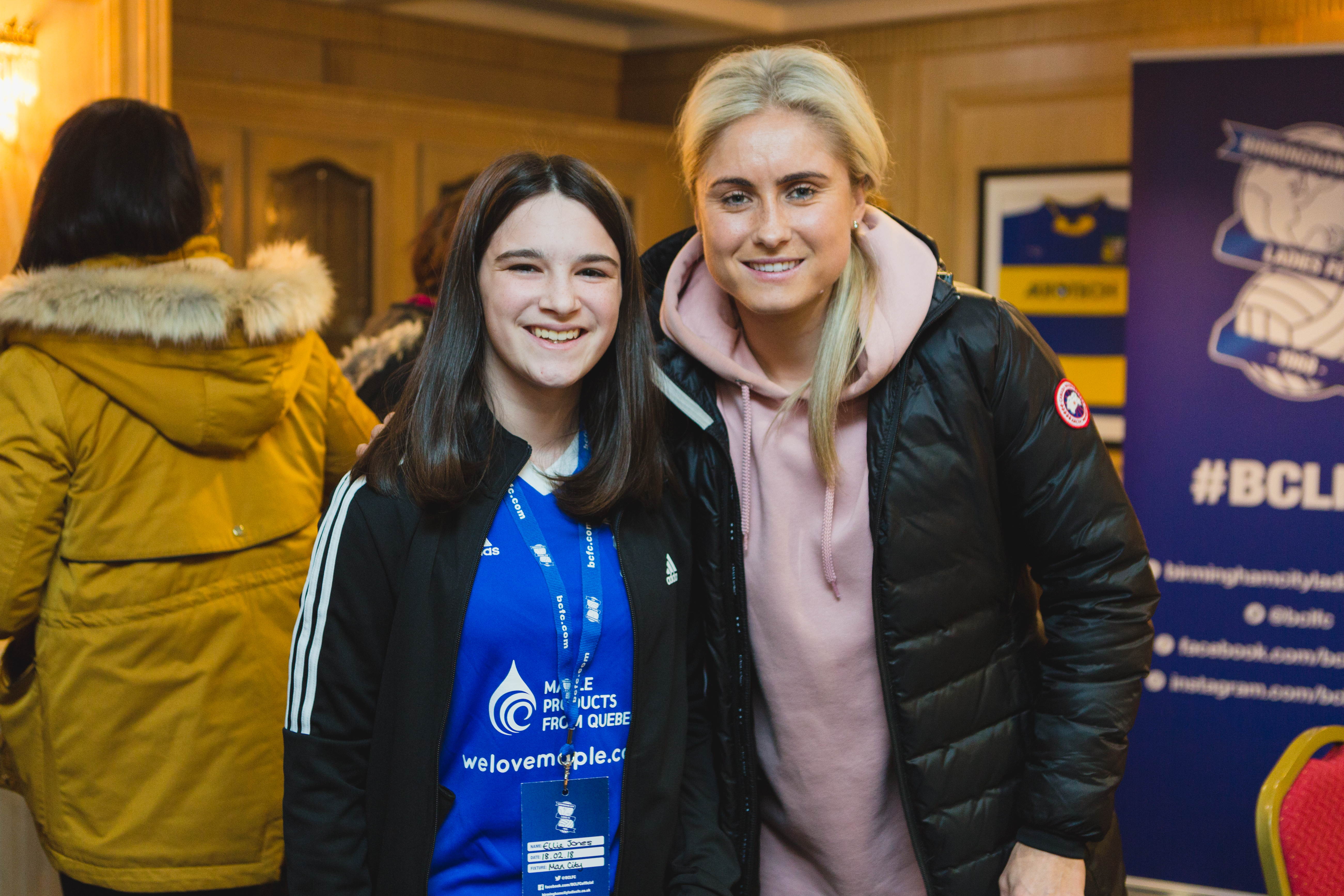 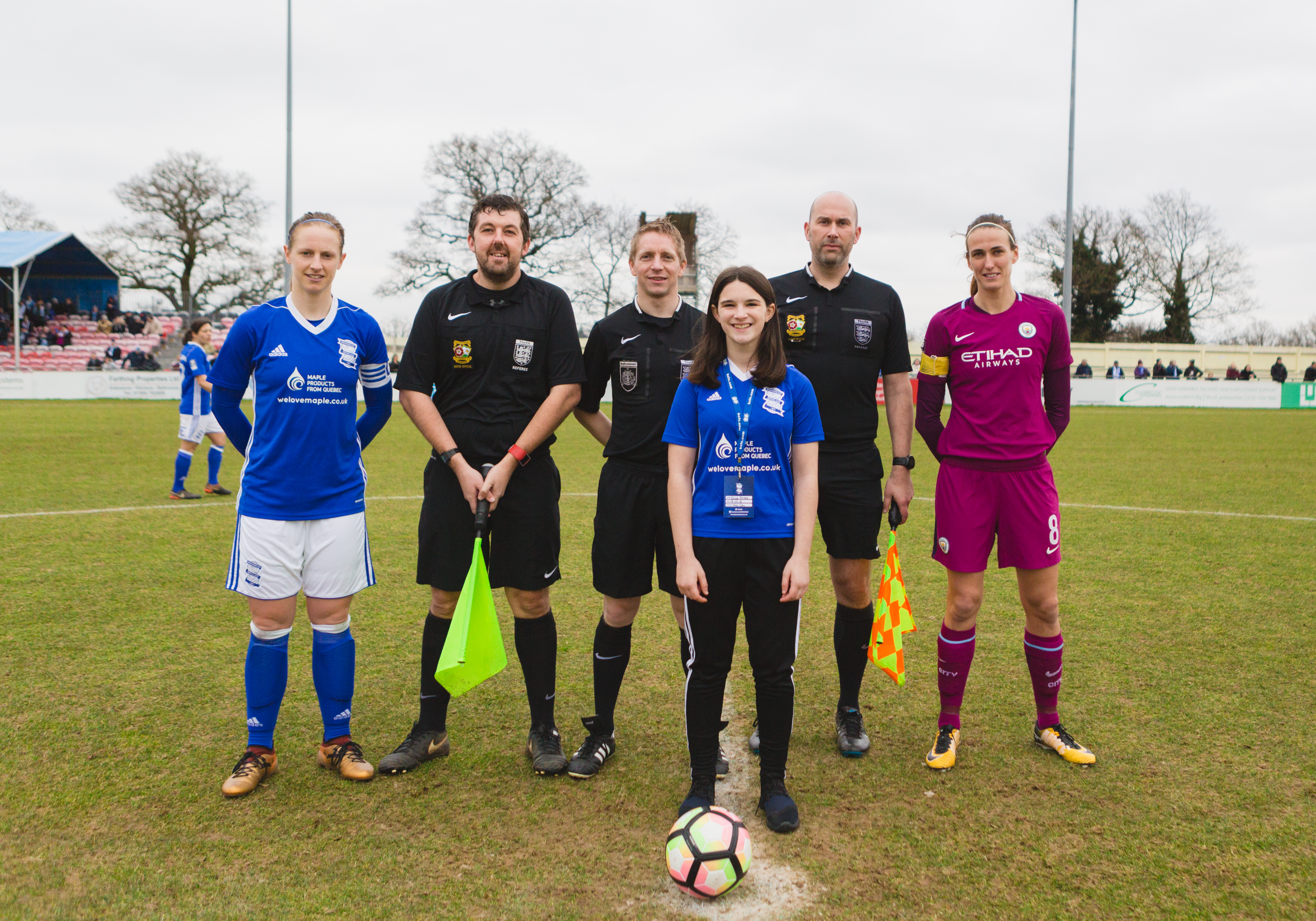 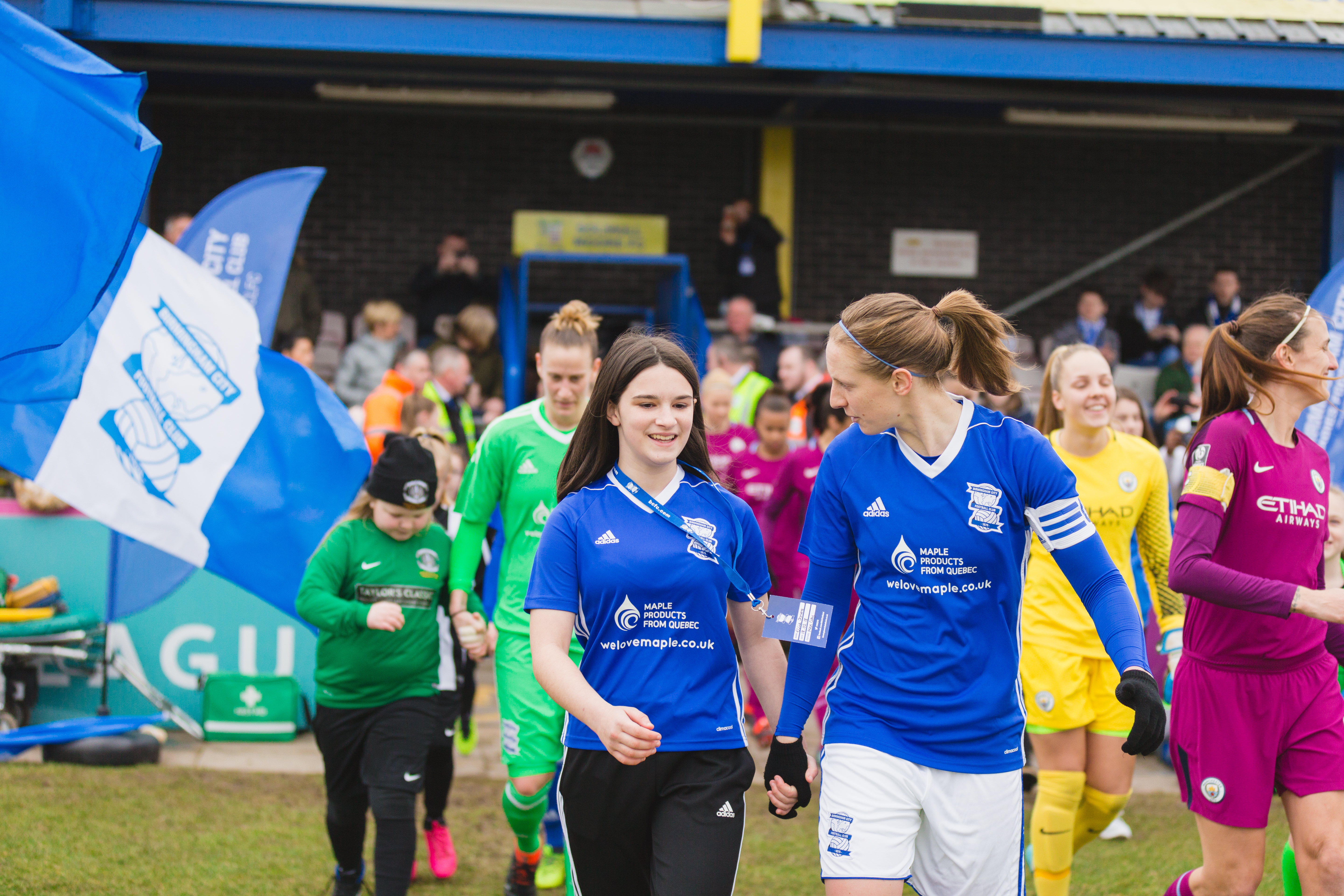 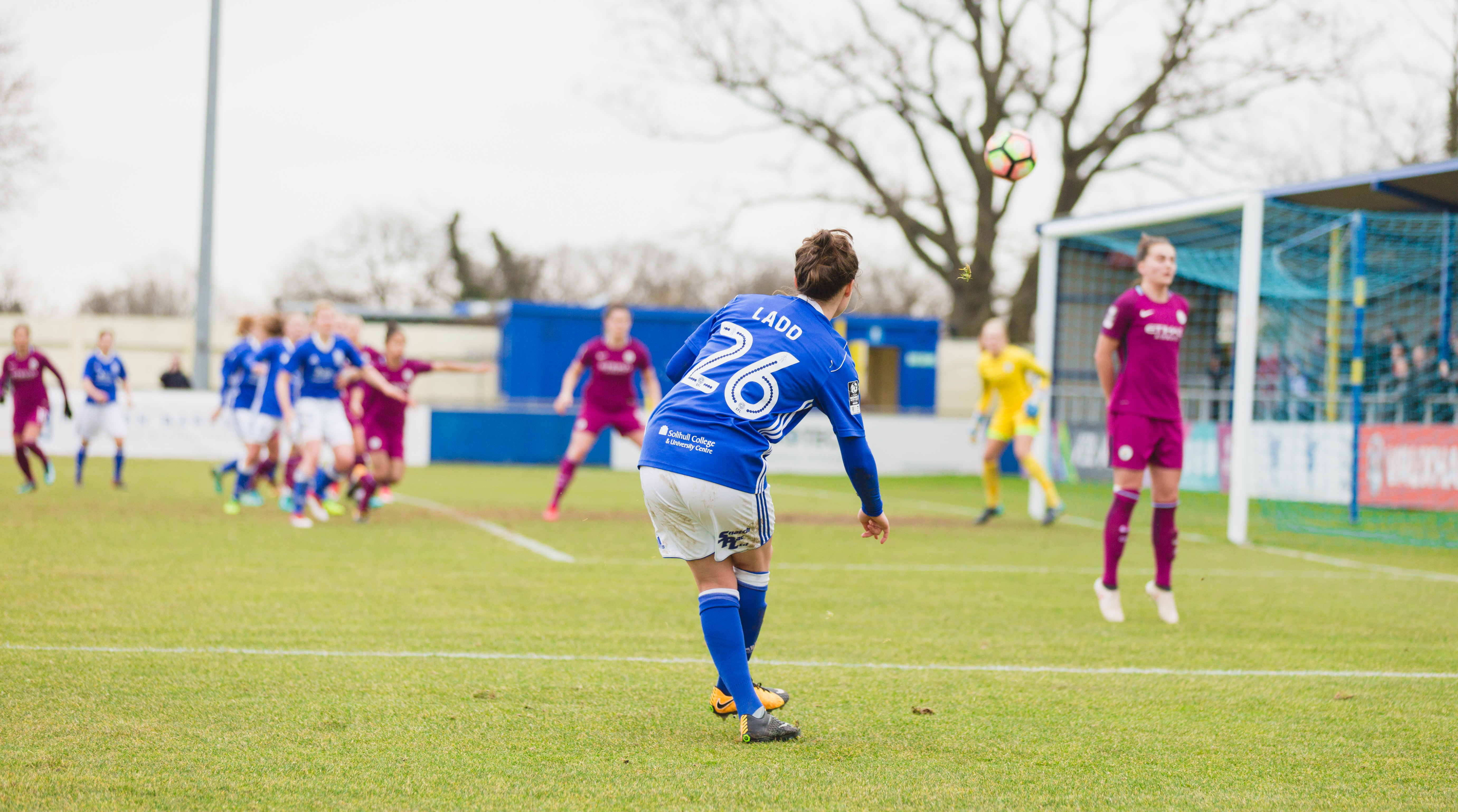 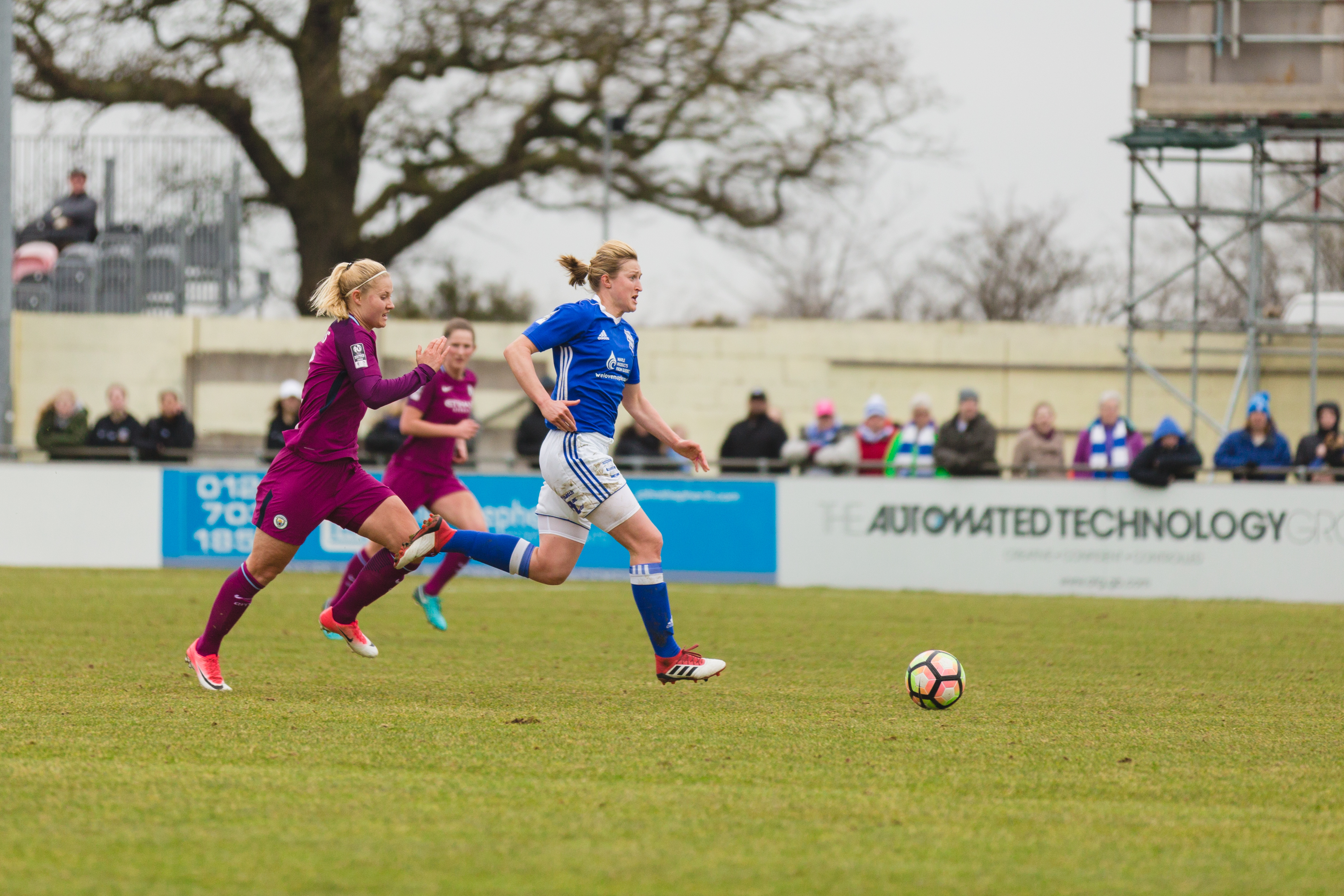 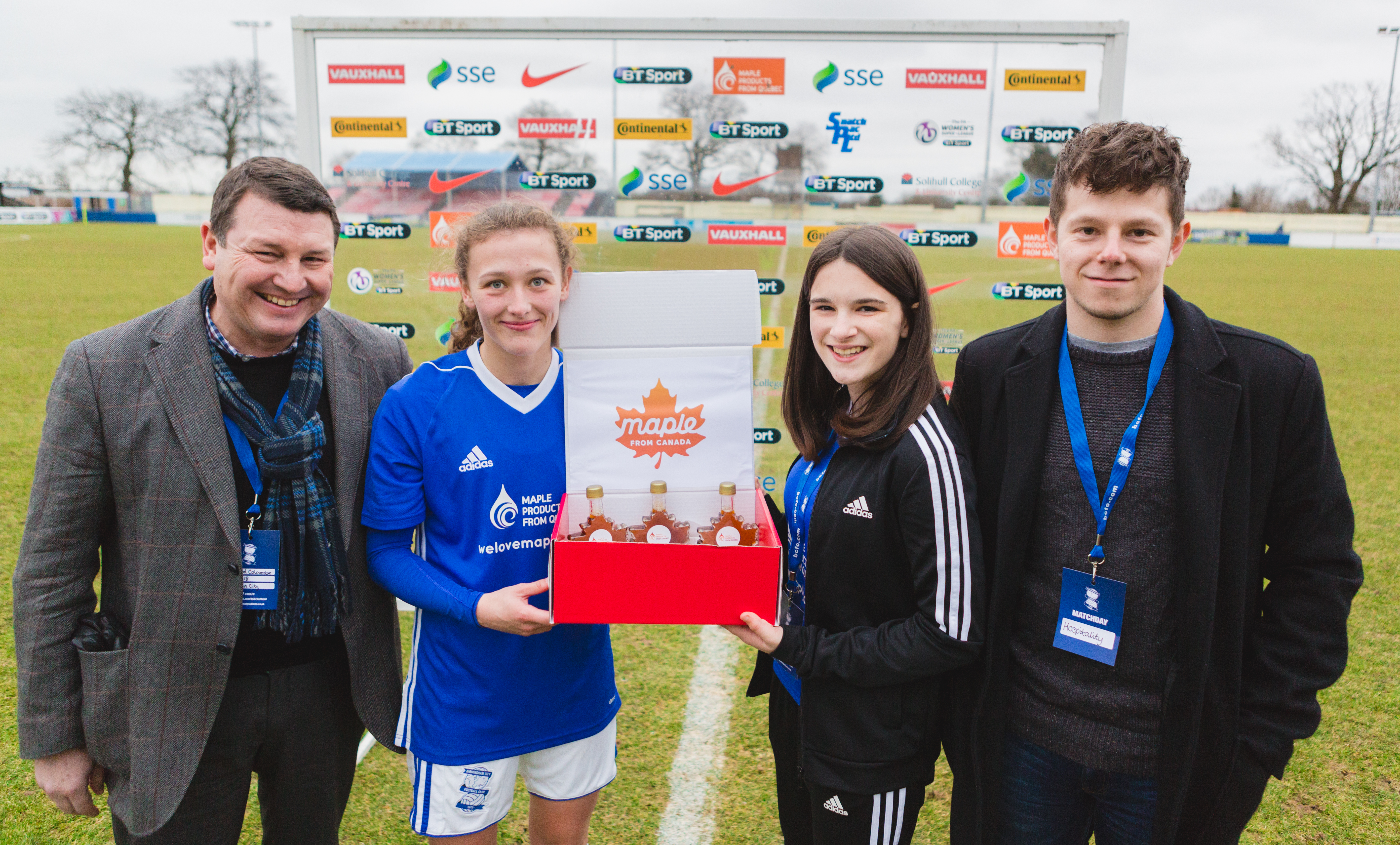 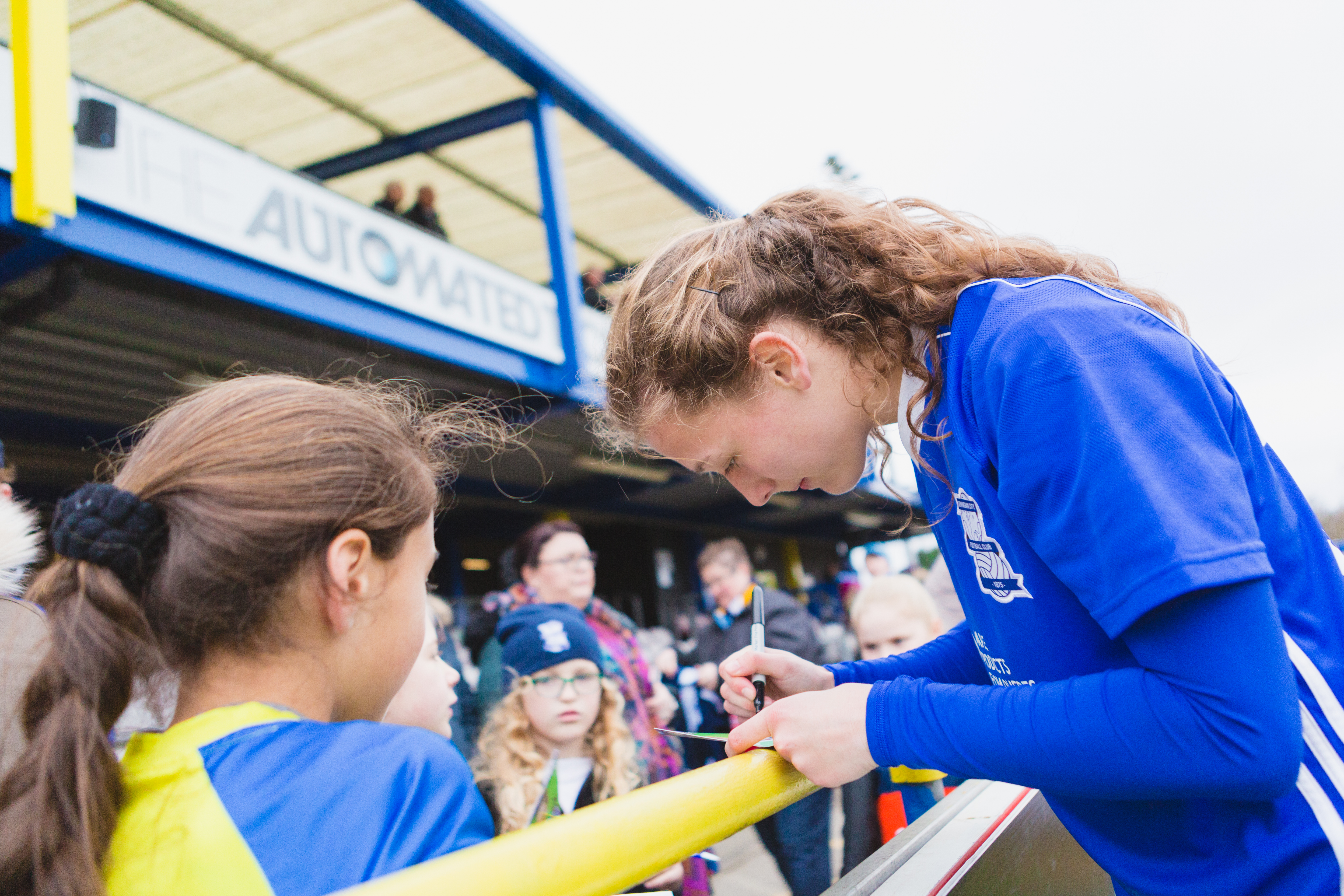 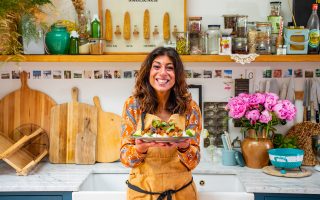