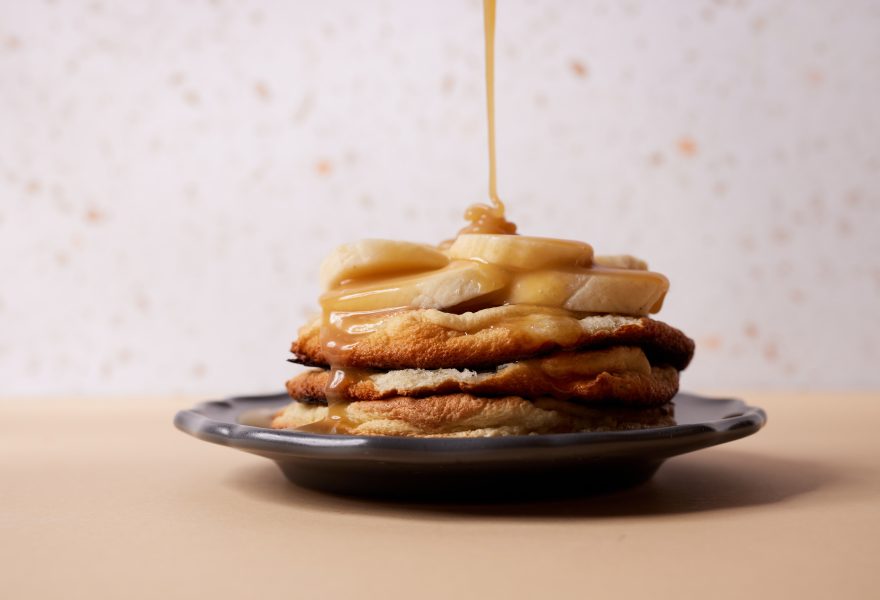 Which do you think is the best syrup to have on your pancakes on Pancake Day? The biggest battle on this day is maple syrup vs golden syrup. Obviously, we are biased on this front, but we can show you why we believe maple syrup is the best topping for pancakes.

Golden syrup is a thick, amber-coloured syrup that originated in the UK in the 1860s. Whereas, maple syrup is a darker, pouring syrup that was first made and used by the Indigenous peoples of North America, and then adopted by the European settler as early as 1680.

The main difference between the syrups is that golden syrup has a higher sugar content than maple syrup, giving it a much sweeter taste. Whereas maple syrup has a richer and stronger taste throughout all its grades. The reasons for this difference in flavour is their ingredients and production methods. Maple syrup is produced by concentrating the sap of maple tree, whereas golden syrup is created as a by-product of inverting sugar cane.

Nutritionally, maple syrup is the healthier choice due to golden syrup’s high sugar content. Maple syrup has a lower glycemic index, as well as higher levels of vitamins and minerals, including zinc and magnesium.

As we’ve said previously, maple syrup will always be the winner in our book. So here are some maple-infused pancake recipes for Pancake Day:

Another Pancake Day discussion is the thickness of your pancakes, whether you like them thick and as light as air, or flat and crepe-like; this banana soufflé pancakes with fresh banana and maple caramel recipe uses whipped egg whites to make these pancakes gorgeously thick and fluffy like a soufflé. The luscious maple caramel is made by melting maple butter, salted butter, and double cream together. Have you heard of maple butter? It is not the dairy-type butter you know, but instead a gorgeously smooth, sweet spread.

For a vegan pancake recipe on Pancake Day, try our vegan American-style pancakes with vegan maple ice cream and blueberries. This recipe uses almond or oat milk to loosen up the pancake mixture, as well as chickpea flour so it is suitable for any gluten free diners too. The star of the show in this recipe though is the homemade ice cream, surprisingly easy and delicious. The ice cream base is made up of coconut milk (not the light version because we need its creamy goodness) and flavoured with the strong flavour of dark maple syrup to make sure the flavour comes through.

But what about a savoury pancake recipe for Pancake Day? There aren’t many about, but we think you’ll love our confit duck stuffed pancakes. These are a special Pancake Day take on your favourite Chinese takeaway dish. The recipe makes shallow fried potato pancakes with a flavoursome duck filling including spring onions, carrots, coriander, and maple syrup. Duck is famous for going well with sweet sauces and condiments, such as plum sauce, so combining this duck filling with maple syrup is a tried and tested combination. 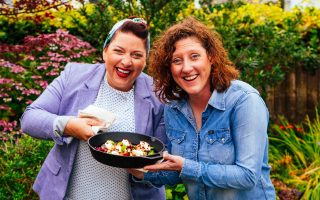